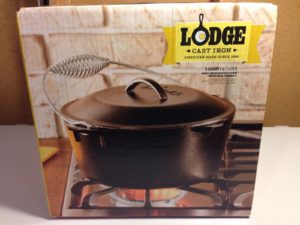 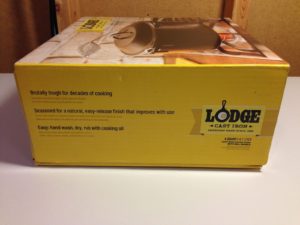 Side of the Box Reads: Brutally tough for decades of cooking.  Seasoned for natural, easy-release finish that improves with use.  Easy: Hand wash, dry, rub with cooking oil 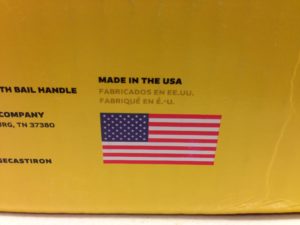 Made is the USA 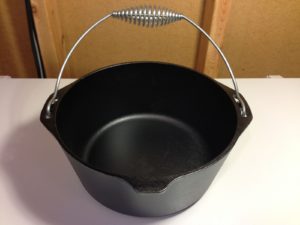 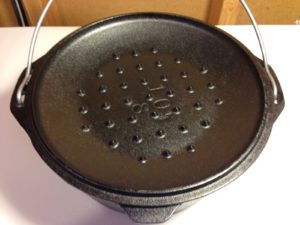 Underside of the lid 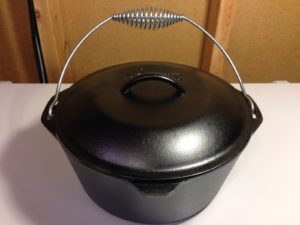 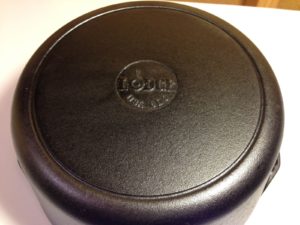 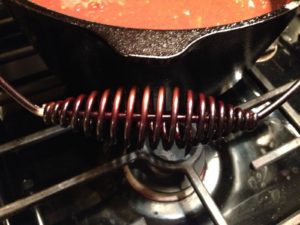 We’ve used this in both our oven and our our smoker.  It fits really nicely on my 22 1/2″ Weber Smokey Mountain Cooker.  One Smoke gave the handle a nice hue.

I’ve owned this since October of 2013.  As of this most recent update in August of 2017, it continue to function.  In my opinion, Lodge makes extremely well built items.  The box reads “Brutally tough for decades of cooking”.  I don’t think that’s an overstatement.  This is a great Dutch oven that has served us well for years.  I fully expect it to serve us well for decades.

All data and information provided on this site is for informational purposes only. BBQ Finds makes no representations as to accuracy, completeness, currentness, suitability, or validity of any information on this site and will not be liable for any errors, or omissions in this information or any losses, injuries, or damages arising from its display or use. All information is provided on an as-is basis.  To use BBQ Finds you must be 18 years or older.

BBQ Finds is a participant in the Amazon Services LLC Associates Program, an affiliate advertising program designed to provide a means for sites to earn advertising fees by advertising and linking to amazon.com. Links to other websites may also be affiliated including links that are submitted via comments or tips.